7 Things to Know About the Military's New Retirement Plan

Editor's note - You can trust the integrity of our balanced, independent financial advice. We may, however, receive compensation from the issuers of some products mentioned in this article. Opinions are the author's alone, and this content has not been provided by, reviewed, approved or endorsed by any advertiser.

The views expressed in this article are those of the author only, and do not necessarily reflect those of the U.S. Army or Department of Defense.

President Obama signed the 2016 National Defense Authorization Act (NDAA) into law on November 25, 2015. Before both houses of Congress approved the bill, a large part of the public debate centered on the military retirement system and how it desperately needed change in order to save the Department of Defense on rising annual pension costs, while still providing some level of benefits to every Service Member.

After reading the final approved bill signed by the President, I’ve distilled these 7 things you should know about the Military’s New Retirement System. (The new system takes full effect on January 1, 2018.)

Things to Know About the Military’s New Retirement Plan

1. You can now receive up to 5% matching contributions to your TSP.

Effective January 1, 2018, members of the Armed Services who select the new plan will be able to receive matching Thrift Savings Program (TSP) contributions. They’ll receive up to 5% of their base pay each year that they contribute to the TSP while serving, and they will be eligible for the match starting on the third year of service.

This is big news for the military member. Soldiers, Sailors, Airmen, and Marines can now receive some of the same benefits that those who are a part of the Federal Employee Retirement System (FERS) receive in the form of matching TSP contributions. This system is in line with most 401k retirement plans that civilians receive in the workforce.

2. You must contribute 5% of your base pay for the entire year to receive the full match.

In order for you to receive the full matching contribution, you must have at least 5% of your base pay dedicated to your TSP plan, effective January 1 of that year. If you wait until later in the year to start your TSP contributions, you will not maximize this benefit and receive an effective rate less than the 5% match. It’s important to take advantage of this “free” money to maximize your return on investment.

3. The new plan comes with a cost.

Current law says that service members will receive the number of years in service times 2.5, to calculate what percentage of their base pay they can expect to collect each year in retirement. Generally, you need to serve for 20 years to retire, and when you retire with 20 years of service you’ll receive 50% of your base pay. If you choose the new plan, that multiplier of 2.5 reduces to 2.0, so you’ll only receive 40% of your base pay at 20 years. The matching contributions of 5% will cease after 26 years in service, but you can still earn the 2.0 multiplier on your base pay until you retire.

4. The matching contributions will only be deposited in a traditional TSP.

By law, matching contributions from employers are pre-tax — you must pay taxes on the earnings and deposits you make throughout your career. For Service Members that use a Roth TSP, they can still receive the matching contribution but it will automatically go into a separate traditional TSP account.

5. Service members will now receive a 1% automatic contribution to the TSP.

If you’re currently serving, you should receive an automatic 1% of base pay contribution starting January 1, 2018, if you choose the new plan. If you join after December 31, 2017, the Department of Defense will contribute 1% of your base pay to a traditional TSP account starting 60 days after your first day of service. After two years of service, a new recruit can keep those automatic contributions he or she received and roll them into an IRA if they decide to change careers. Any contributions that you made voluntarily are yours to take with you no matter what, and matching contributions are also yours to keep. Previously, soldiers who served honorably, but not long enough to retire, would find themselves leaving for the civilian workforce with no retirement benefits to take with them. This plan changes that.

If you are a service member with less than 12 years of service before the plan takes effect, you will be required to choose between the two plans. The election period lasts from January 1 to December 31, 2017. Soldiers with greater than 12 years’ time in service as of that date will keep the legacy retirement plan. There are two exceptions to the selection deadline: a case by case hardship clause (determined by the Secretary of that specific military branch), and a break in service clause. If you leave the military and rejoin after the decision year (2017), you have 30 days to elect either plan upon returning to active duty. If you meet the less than 12-year service criteria, you can opt in to the matching TSP contribution plan or stick with the legacy system. Keep in mind that you will NOT receive any backdated TSP contributions to make up for the reduction in guaranteed retirement pay.

7. You can keep the legacy plan if you join the Service or are serving prior to December 31, 2017.

If you are considering joining the military today, you still have the option of earning the 50% of base pay pension after 20 years of Active Duty service. I currently have 4 years of active duty service. If I choose to remain under the current retirement plan and serve until my 20th year, I will have earned a retirement package that includes roughly 50% of my base pay for the three years which I was paid the most. Generally, that will be my last three years in service prior to retirement. If I opt into the new plan next year, I’ll need to contribute more to the TSP to make up for the reduction in guaranteed pay.

Where Are We Now?

The approved bill requires the Secretaries of the Army, Navy, and Air Force to submit a proposal to Congress on the new retirement plan by March 31 of this year. A detailed explanation of your rights and benefits should be published soon after this deadline. At that point, it’s up to the Service Member to make the choice in 2017 between the legacy or the new retirement plan.

For more information on the program check out the resources below: 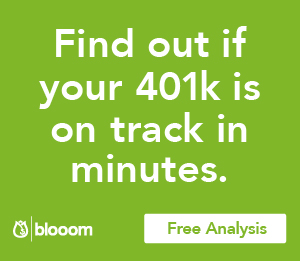 Total Articles: 12
Mark is an Army aviator and native of Alabama. The views expressed in this article are those of the author only, and do not necessarily reflect those of the U.S. Army or Department of Defense.
Read more from this author

Hi Mark. Thanks for the blog. I did want to point out a correction to number 6. Service members may opt in to the new Blended Retirement System (aka election period lasts from) January 1, 2018 and December 21, 2018. Also, the last sentence, Service members will make their election in 2018.

Finally, I’d love to speak with you more about BRS and invite you to a blogger roundtable if you are interested. Regards, Maj. Mike Odle, Blended Retirement System

I’ll make sure the article is updated to reflect the changes. Thanks for reaching out, look me up on global and I’d love to get involved.

Mark,
Its December- 2018 and the article above is still incorrect.

What are your thoughts about matched contributions, which I think are great, however it reduces the retirement percentage? I have 4 years active duty, am continuing with service in the Air Guard. My state civilian career has a pension and we have deferred Comp which gives us even greater investing options. I will be an E5, would like to commission in the future but no guarantees. I would lean towards the matching contribution option as I already have a pension and ‘401k’ Deferred Compensation Plan. What are your thoughts?